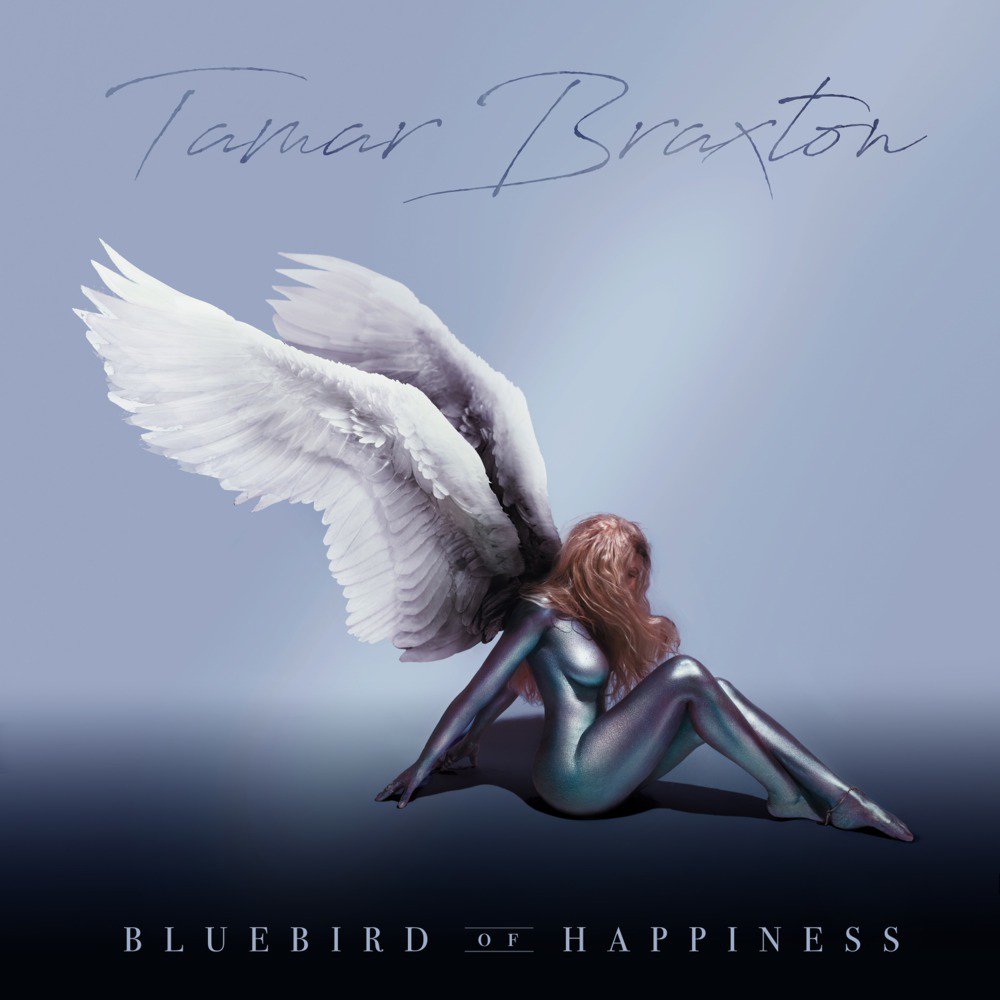 Deeming it her “BEST & LAST album” Tamar Braxton’s Bluebird of Happiness differs from her previous work.  The third time around wasn’t as charming as the last two, but still offers something people will enjoy.

Whether she’s updating the Gladys Knight classic “The Makings of You,” which is produced by Rodney Jerkins and has assistance from Gladys herself.  Or borrowing portions from Robin Thicke to create “Wanna Love You Boy,” all before sampling Evelyn Champagne King’s “Love Come Down” for the feel-good track “Pick Me Up.”  Braxton gives listeners just enough to grab their attention, but not enough to hold it.

She tapped Sister Nancy’s legendary “Bam Bam” for her reggae-inspired “Run Run.”  And what trails is guaranteed to become another fan favorite; the Yo Gotti assisted “Hol Up.”  It’s one of the few uptempo tracks Bluebird… offers.

Concluding with strong ballads “How I Feel” and “Empty Boxes” you sense she’s teetering into pop territory.  The most cohesiveness you get from the album starts with “Heart In My Hand” and ends with an ode to her father from her mother “My Man.”  Both songs along with what sounds like a tribute to the late Etta James “Blind” exude nothing less than a stellar vocal performance from Braxton.

Bluebird of Happiness can easily lose its listener due to the lack of direction and duration of the songs, which also lacks climax appeal.  It’s too mellow, with only three songs surpassing the four-minute mark, and another three not meeting the three-minute mark.  10 tracks leave little room for error, and one error is the album never finding its groove.  Bluebird…is missing too many moments to be her “BEST & LAST” album.  The batch of songs aren’t necessarily terrible, they just don’t complement one another well enough.  Despite the album’s overall material, Braxton flexes her best muscle, her voice.  Tamar may have found her own happiness with this record, but this time around, her vocals are the only praises the bluebird will be singing.

4 Favorites: My Man, Pick Me Up, Run Run, My Forever

In addition, here’s a playlist I complied in honor of Tamar’s album; powered by Apple Music.

I can be your cup of tea or shot of Hennessy!
Related ItemsBluebird of HappinessFeaturedGladys KnightRodney JerkinsTamar BraxtonYo Gotti
← Previous Story 7 Lessons I Learned Watching ‘Boomerang’
Next Story → Rapper Nelly Released from Jail After Alleged Rape