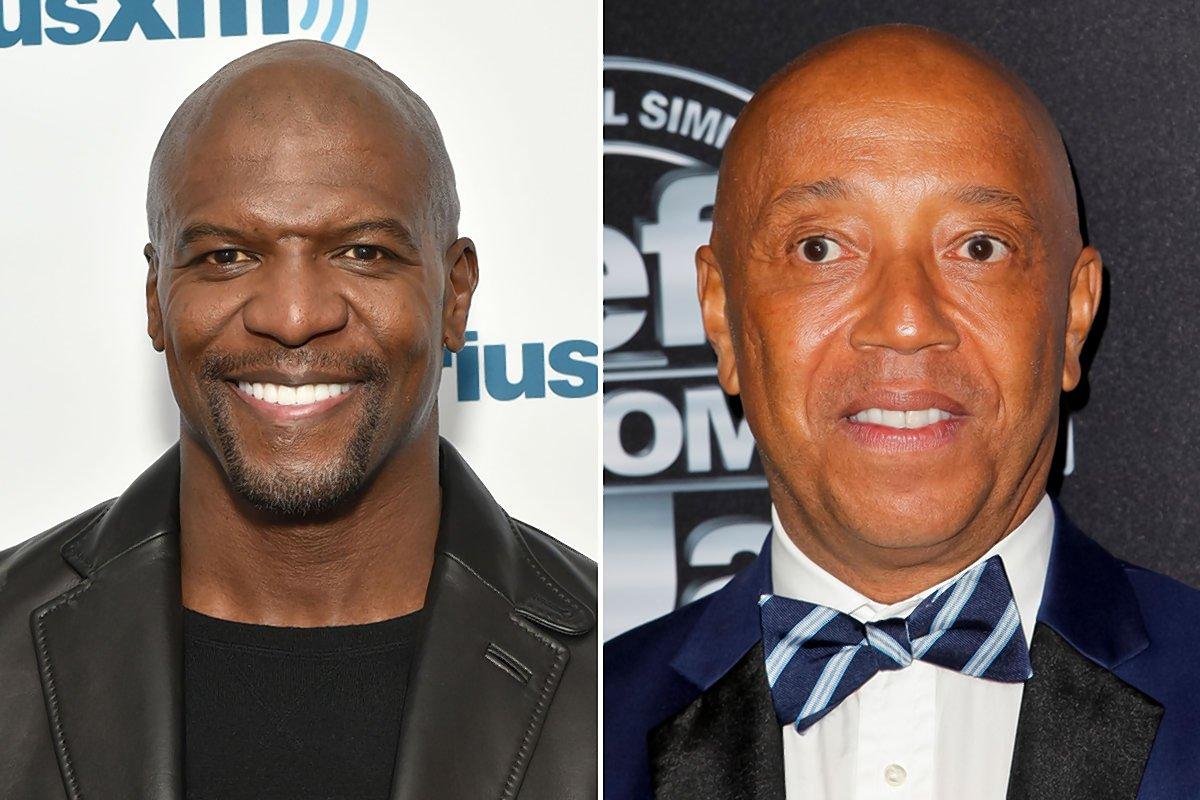 In 1991 a 17-year-old model Keri Claussen Khalighi said she was coerced into performing oral sex on Simmons, while Hollywood director Brett Ratner watched.

“I looked over at Brett and said ‘help me’ and I’ll never forget the look on his face,” she recalled. “In that moment, the realization fell on me that they were in it together,” said Khalighi in The LA Times article.

Khalighi met Simmons and Ratner at a open casting call.  They took Khalighi to dinner one night in 1991 at Mr. Chow in New York, and then back to Simmons’ apartment to show her a music video they’d been working on.  It was then when Simmons began making sexual advances at her, and yanking off her clothes, said Khalighi.

“I fought it wildly,” she said.  He eventually relented and coerced her to perform oral sex, she alleged. “I guess I just acquiesced.”  Meanwhile, Ratner “just sat there and watched,” she said.

Overcome by a “disgusting” feeling, Khalighi said she went to take a shower.  Moments later, she alleged, Simmons entered the shower and began penetrating her without consent.  She said she jerked away, then he left. “It hurt so much.”

Simmons, 60, responded to Khalighi’s allegations in a statement claiming, “Everything that occurred between Keri and me occurred with her full consent and participation.” He continued on by saying most of his time spent with her in the two days, and one night, were in public and with others present. 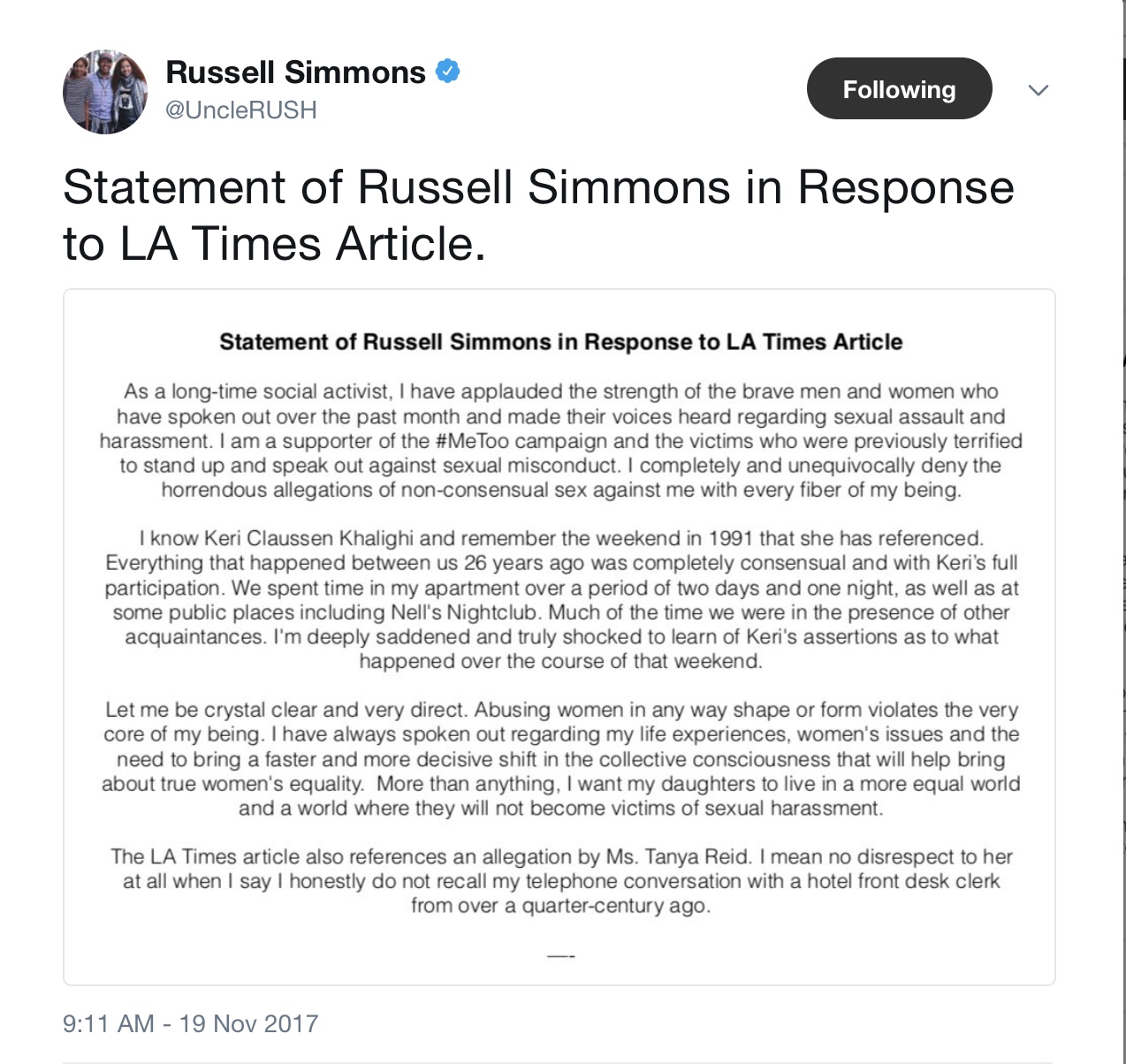 Simmons stated in his statement that he’s a supporter of the #MeToo campaign, which was birthed in the aftermath of the numerous Harvey Weinstein sexual allegations.  Saying that he applauded “the brave men and women” who were “previously terrified to stand up and speak out against sexual misconduct,” didn’t sit too well with former NFL player-turned actor Terry Crews.  Earlier this month Crews accused a Hollywood agent of sexual assault.  In a Twitter post, Crews shared a email that Simmons allegedly sent him following the report Crews filed against agent Adam Venit.

“Did he ever apologize,” Simmons’ apparent message said. “Give the agent a pass … Ask that he be reinstated.”
“With great love, all things are possible,” the message said. 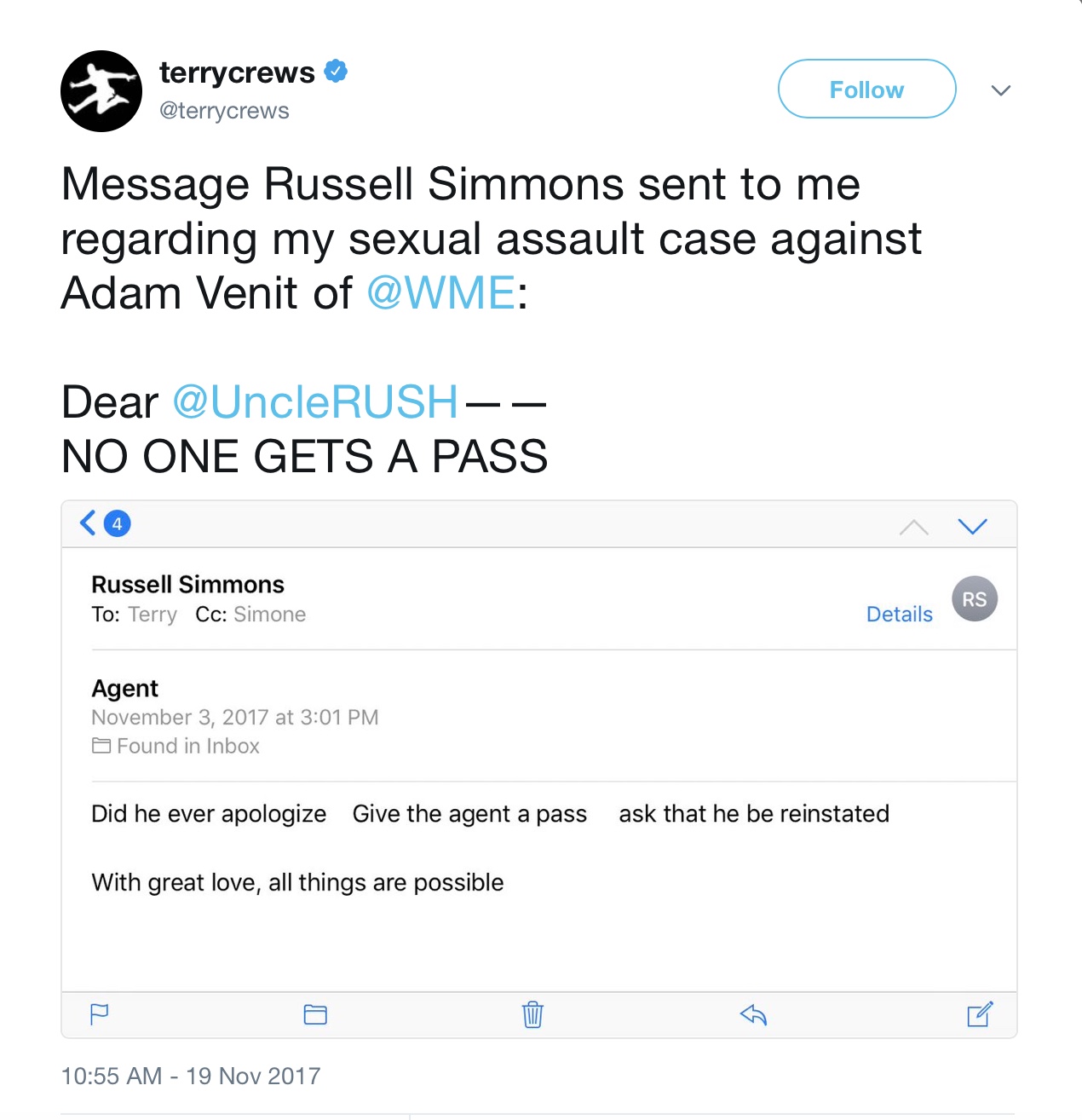 Simmons has yet to respond to Crews’ shared email.

Far as his partner in crime, Ratner had “no recollection” of Khalighi asking him for help and denied witnessing her “protest,” his attorney Martin Singer said.

Ratner previously disputed accounts of sexual misconduct by four other women. And there’s a previous report by The Times, that included claims from six other women detailing groping, harassment, and forced oral sex.