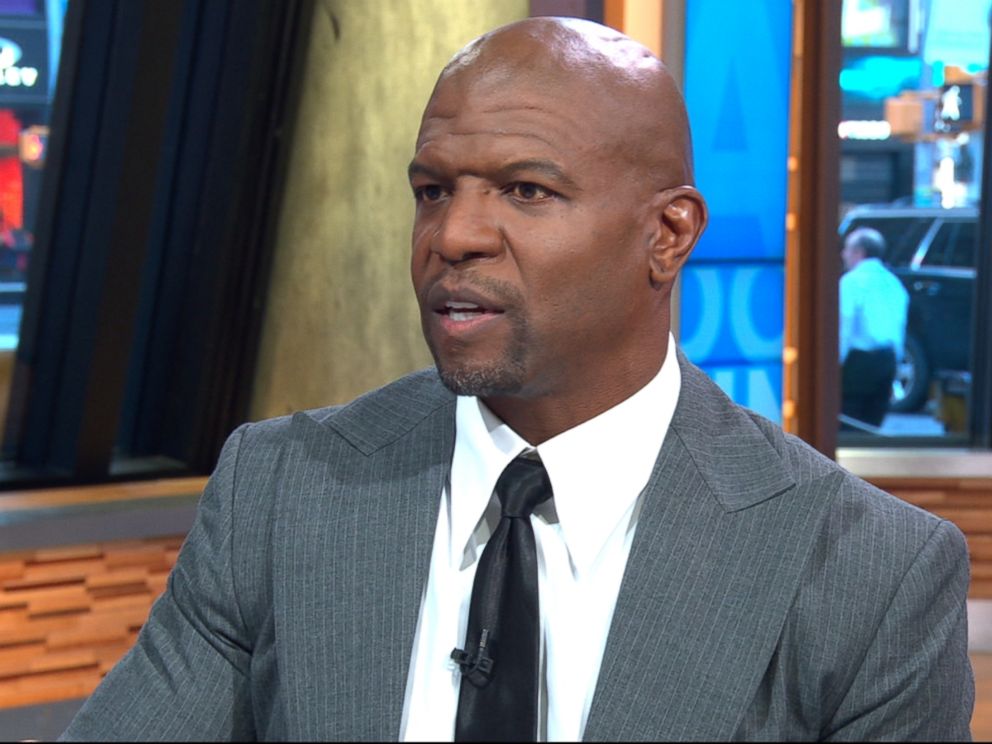 Terry Crews sat down with Good Morning America and spoke about being sexual assaulted by Hollywood bigwig.  For the first time since going public last month in a series of tweets claiming he was groped by “a high level Hollywood executive.”  Crews finally publicly named the high-powered talent agent he claimed groped him at an industry party.

“Back in February 2016, I was assaulted by Adam Venit, who is head of the Motion Picture Department at William Morris Endeavor, one of the biggest agencies in the world, period,” Crews, 49, said today on Good Morning America. “He’s connected to probably everyone I know in the business … I did not know this man. I have never had a conversation with him, ever.”

Crews attended a party with his wife last year when he claims Venit started making tongue moves at him.

“I’m looking like, ‘Is this a joke?’ … It was actually so bizarre,” Crews said. “He comes over to me. I stick my hand out and he literally takes his hand and puts it and squeezes my genitals. I jump back like, ‘Hey, hey.’”

Crews continued on to say, “And he’s still licking his tongue out and all this stuff and I go, ‘Dude, what are you doing? What are you doing?’ and then he comes back again. He just won’t stop.”

Crews admitted to pushing Venit away from him, causing him to crash into other party attendees.

“I have never felt more emasculated, more objectified. I was horrified,” Crews said. “It’s so bizarre. I wake up every morning wondering, ‘Did this really happen?'”

Crews fried William Morris as his agency one day after filing a police report on Nov. 8th claiming to be a victim of a crime.

“People need to be held accountable. This is the deal about Hollywood. It is an abuse of power. This guy, again, he’s one of the most powerful man in Hollywood and he looked at me at the end as if, ‘Who is going to believe you?’,” said Crews.

Since, William Morris Endeavor confirmed to ABC News that “Adam Venit was suspended following the internal investigation into the matter.”

I can be your cup of tea or shot of Hennessy!
Related ItemsABCAdam VenitGood Morning AmericaTerry CrewsWilliam Morris
← Previous Story Eve Joins ‘The Talk’ as New Co-Host
Next Story → Terry Crews Leaks Email from Russell Simmons as He Faces Allegations of Sexual Assault