Home / Editorial / The Downfalls of Having a Birthday in May

The Downfalls of Having a Birthday in May 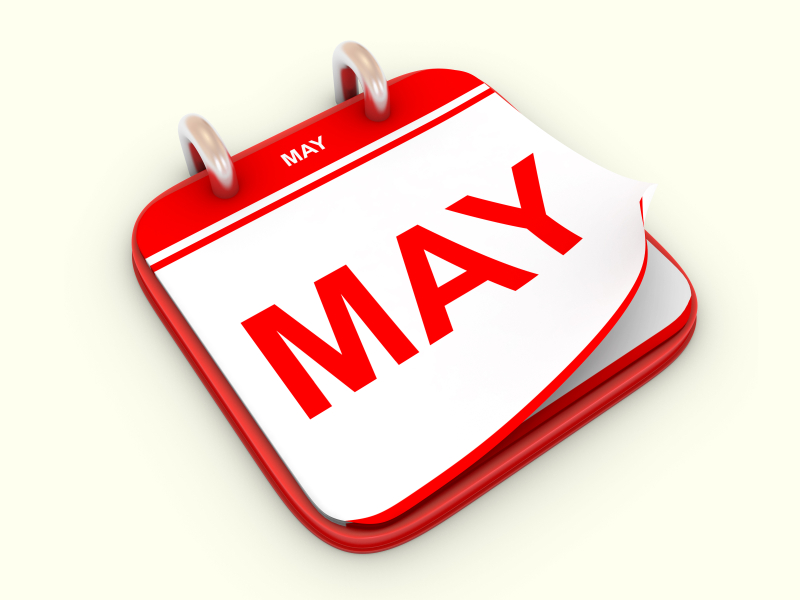 Oh the joy of when the month of May rolls around. It’s as though the days finally begin to count, the weather finally breaks from cold and rainy to beautiful sunshine. The flowers fully bloom, restaurant patios are officially open, and life seems to be at ease. Yes, May symbolizes that spring has really arrived, and you soon realize summer will be here before you know it. One would think that May is the perfect month next to the summer months to have your birthday in. Although many of the greats were born in the month of May, it’s not all it’s cracked up to be. May actually issues many downfalls when one wants to celebrate their birthday on a large scale. Here are a few downfalls when it comes to celebrating your birthday in May.

The Kentucky Derby: Known as “The Most Exciting Two Minutes in Sports.” This annual horse race is held in Louisville, Kentucky each year on the first Saturday in May. Many travel to Kentucky to partake in all the festivities that goes on, but more importantly, the excitement of watching their favorite thoroughbred dazzle on the racetrack and win them big money. Those who don’t attend still watch or attend local parties, because it’s a great theme party, where gambling and drinking take place.

Fight Night: There’s something about the sport of boxing that brings people together. Humans love the joy of two individuals coming together to fight it out after trash talking one another for months. It seems as every year in May around the first week or two, everyone runs off to Vegas to be part of the phenomenon. So when you want to throw a party or have friends come help to celebrate your party can and will easily become a fight party. So prepare to have your boxing gloves ready!

Cinco De Mayo: Sympathy for anyone whose birthday falls on May 5th. You have to share your birthday with the Mexican and United States holiday known as “Cinco De Mayo.” The Spanish word which means “fifth of May” has become a popular day where many partake in eating Mexican food and heavy tequila drinking to celebrate the holiday. The date is observed to commemorate the Mexican Army’s unlikely victory over French forces at the Battle of Puebla on May 5th 1862. Make sure you’re ready to celebrate with a bunch of strangers wearing sombreros and hope there isn’t a parade going on.

Mother’s Day: Next to Easter and Christmas, Mother’s Day has to be next in line as the day everyone attends church. Always the second Sunday of the month it’s that holiday that one isn’t able to ignore. Now if your birthday is between May 7th and May 15th then you know the joy (or not) of sharing your birthday every few years with your mother and everybody else’s mama! If you plan to do anything to celebrate, you must strategically plan it out correctly. First, dinner won’t be easy because everyone is trying to take his or her mother’s out between that Saturday and Sunday. Reservations aren’t accepted or reservations are booked! Second, many of your friends will tell you “hey, I really wish I could, but I’m doing something for my mother and I can’t afford to do both.” Who wants to buy you a gift when they have to buy their mother a gift? And if they happen to be a mother themselves, they will quickly remind you that it’s Mother’s Day also.

Proms & Wedding: Yes, May is the beginning of prom and wedding season. Anyone who has gotten married or attended a prom knows how expensive it is to do either. Weddings can drain all your accounts whether you’re having one, or in one. And there’s no way you can tell a bride no, and possibly ruin her special day. Don’t forget that proms are a young girl’s first wedding. Oh, you didn’t know that? As teenage girls prepare to attend prom they take prom extremely serious as though it’s their walk down the aisle. Buying a dress, shoes, hair, makeup, picture, limo etc. will set you back a few hundred dollars easily. After paying for that, who has money left to celebrate anyone’s birthday?

Graduation & Finals: The good ole college student who is about to enter the wonder world known as the work force. College graduations begin throughout the month of May. Now after you’ve made it through the first two weeks of May studying for finals to assure you’ve passed all your classes, your birthday or a friend’s has just slipped on by you. And if you’re graduating, you’re ready to celebrate your accomplishment and could care less about anyone’s birthday that isn’t your own. You’ve just completed four years (or more) of schooling. As your parents make arrangements to come to town, stay in a hotel, feed you etc. There is no way they’re giving you money to help your friend celebrate after forking over college tuition, especially if your graduation party is within a weeks or two.

Memorial Day: One of the country’s many federal holidays that shuts down everything but the pools. Oh yeah, Memorial Day is national open your pool day. As the many pools open, grills are lit and the celebration that summer is arriving begins. Memorial Day is a United States holiday for remembering the ones who died while serving in the countries armed forced. The holiday like Mother’s Day changes yearly. It’s observed for the last Monday in May each year. If you happen to have a birthday at the end of May then you have to also alter your celebration plans. People spend the holiday with their families; it’s also the start of the vacation season. Someone may be getting married to take advantage of the three-day weekend. It’s popular for family reunions, and Miami is the place to be that weekend. If you want people to help you celebrate your birthday during this weekend, you best bet is to have a cookout. That’s the only way people will attend.

To all the wonderful people who were born in the month of May, Good Luck planning and celebrating!

I can be your cup of tea or shot of Hennessy!
Related ItemsGeminiMayMonthTaurus
← Previous Story The Reign of Being Mary Jane
Next Story → 6 R&B Songs Produced by Kanye West