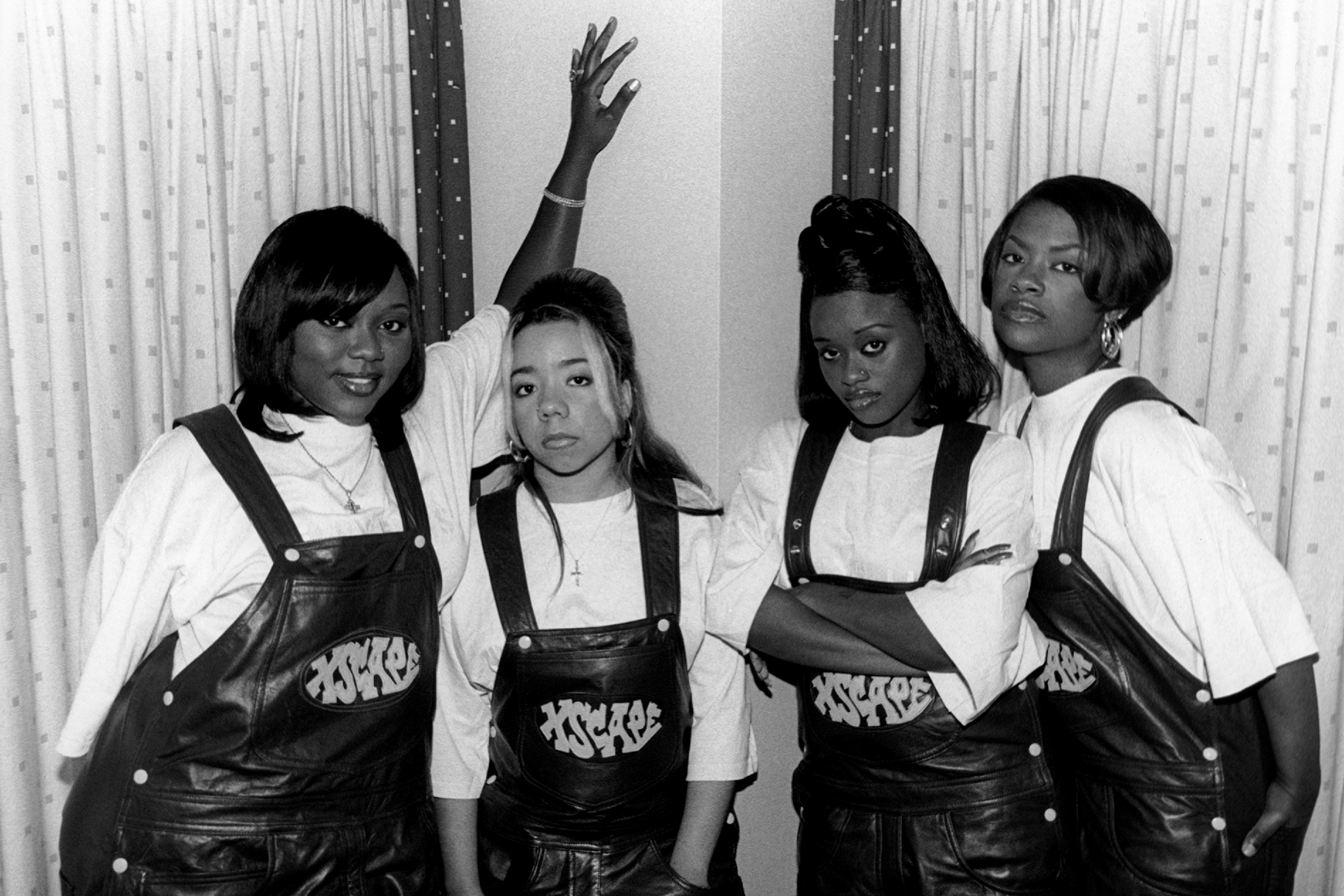 Xscape is coming at cha…once again.

Fans of the R&B group never thought they’ll see the day that Xscape would reunite.  Kandi Burrus, Tameka “Tiny” Cottle, Tamika Scott, and LaTocha Scott have announced that they will be joining forces again. “It’s official,” LaTocha wrote on Instagram. “Xscape is Back. Thanks to all of our fans for your prayers & your loyalty.”

It's official "Xscape is Back" Thanks to all of our fans for your prayers & your loyalty ??#Xscapeisback #Tiny #Kandi #Tamika #LaTocha #Blessed #xscape

It’s been nineteen years since the ladies last LP Traces of My Lipstick, which ended up being their last before disbanding.  Xscape, who were signed to Jermaine Dupri‘s SoSo Def label debuted in 1993 with album Hummin’ Comin’ at Cha, followed by Off the Hook. Unfortunately, bad blood between the members kept them from moving forward over the years.

However, today (Feb. 28) during Big Tigger‘s radio show at V-103 in Atlanta, the girls made the announcement of their return after a conversation that took place yesterday (Feb. 27.)  “It was emotional, but then we had a real conversation, which we haven’t had in a long time. I was able to let it go after that,” said The Real Housewives of Atlanta star.  Tamika added, “Now, we grown. We gon’ let the bygones be bygones. It’s the last time you will hear this. Anything after this is going to be our legacy and what we doing next.”

Internal problems may have been fixed, but far as the business/music side of things “We’ve been approached about a lot of different opportunities. I don’t like to confirm anything until the ink dries, but I definitely can say that I am looking forward to performing again with my group members,”said Kandi.  LaTocha followed with “We definitely have different offers on the table. We’re just taking our time to make sure that we have everything right and in order, but you guys will see us perform again. That’s for sure.”

Well if nothing comes out of this reunion, I’m glad to see that the women have finally settled their differences after all these years.

What do you think of Xscape’s return? Are you here for it or nah?