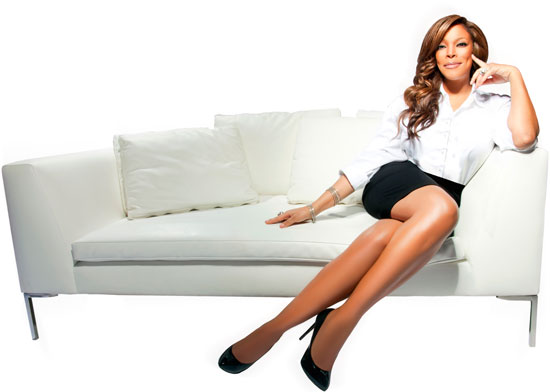 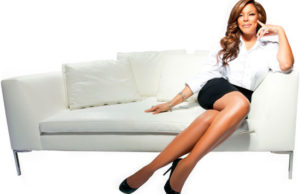 Millions gather each weekday to hear big mouth Wendy from Jersey deliver the juicy hot topics. With her unique spin and amusing antidotes, she became the real life hot topic in the summer of July when she delivered one wrong comment that left people asking “Wendy, How You Doin?”

During her “Hot Topic” segment on July 6th, Wendy gave her opinion on the existence of HBCU’s and the NAACP that sent the African American community into a complete uproar. Wendy found herself center of a social media frenzy that wasn’t going to pass overnight.

“I must say to you, he was on BET. His speech was very poignant,“ said Williams referring to actor Jesse Williams’ acceptance speech at the 2016 BET Awards. “On the other hand, I would be really offended if there was a school that was known as a historically white college. We have historically Black Colleges. What if there was the National Organization for White People, only? There’s the NAACP.”

While encountering criticism for her comments, other media outlets immediately began reporting the story. The daytime talk show host ended up in the hot seat, and while Wendy was feeling the heat she set to rectify the situation the following day [July 7th] by addressing the incident and stating that her words were misconstrued. The public wasn’t buying into her saying her words were taken out of context. They were holding her accountable for her made remarks, and didn’t seem as though they were going to let up as they sent hateful tweets her way. Online publications headlines kept pouring in and the circulation of the situation continued strong. Wendy was definitely in the hot seat. In wake of the incident on July 9th it had been alleged that Wendy lost her sponsorship with Chevrolet over her offensive comments, but no official statement from Chevrolet has yet to be issued. The heat continued when TVOne host Roland Martin decided that he’d be the one to school Wendy on the necessity of HBCU’s and the NAACP during his show “New One Now.” As the phrase goes: he read Wendy for filth! To the point where the two engaged in a private telephone conversation that later orbited into Roland Martin being a guest on the show. Martin used Wendy’s platform to right her wrongs and educate viewers on why HBCU’s and organizations like the NAACP were birthed. Wendy stood corrected and all seemed forgiven. That’s until The Wendy Show wrapped its seventh season. Following a staff wrap party Page Six reported that “several producers” had been fired behind the highly criticized backlash the show received regarding Williams’ comments. They’ve gotten calls the following day saying they’ve been let go.  Citing the show was moving in a different direction. Three producers have been let go including Jason Gabel who’s been with the show since it was a notion in 2008. Many are familiar with Jason as one half of “Jason & Norm” from the bureau, the two faces we see Wendy interact with during her “Hot Topic” segment.

Wendy Williams is the queen of media with an impressive resume to prove it. The talk show host started her career in radio, which spanned over a twenty-year period, but her road to talk show queen was no fairytale. For two decades Wendy was known on the radio for her over the top radio persona. Her personality was accompanied by her ability to deliver her listener’s juicy gossip about their favorite celebrities. Interestingly, as her popularity grew, so did the hate. Wendy’s hate and popularity have been in a neck-to-neck race throughout her entire media career. She’s no stranger to animosity. Hate it or love it- Wendy was radio gold. Although her style was somewhat a liability for stations, she was also good for ratings.   Sometimes guest would decline interviewing on her show or any of the stations for the matter of what Wendy might have said about them during one of her highly syndicated show. She grew a reputation for being a tough interviewer. Wendy who is the originator of the phrase “spilling the tea” kept her teakettle piping hot. The heat often landed her jobless, and more than a few not so nice times her name was mentioned unfavorably in rap songs, but her perseverance and talent kept the offers rolling in. Wendy has cracked a mic at a plethora radio stations in the Tri-state area, and left her imprint in the radio game before becoming a TV sensation.

In the summer of 2008 Wendy Williams careened into a new lane. She embarked on the quest to land her very own daytime television talk show with a six-week trial of The “Wendy Williams Show.” The test run success forced FOX to pick up the show for a full first season. The Wendy Williams Show was born, and with the abundance of love shown for the show, it also received its fair share of hate. Mainly, before Wendy, daytime television hasn’t seen a person quite like her. Unapologetic and frank has always been her style. While she tried to scale back on who she was at core, die-hard fans weren’t pleased. They signed up for radio Wendy. They weren’t with this new Wendy who had toned it down a bit in attempt to land high-profile celebrity guest. That lasted all about two or three seasons. After standing the test of time Wendy returned to her old ways of saying it like she means it. Her mantra that has catapulted her to the top of the ratings chart (beating out Ellen.) It appeared that Wendy was garnering success she rightfully deserved by sticking to her own script, which has been her formula for the show’s success which has been nominated four times for a Daytime Emmy Award. Williams gambles on herself and plays by her own rules, which is why she’s also ranked number 1, and in Jan of 2016 The Wendy Show was renewed until 2019-2020 year season.

Wendy has worked her way to talk show queen status, and this incident will only make her stronger. This isn’t her first time at the rodeo. You’re free to hate her all you want, but you may as well tune in to her “stupid show” because she’s not going anywhere anytime soon. She will continue to say things the public may not like or agree with it, but her apologizing or addressing certain situations won’t happen often. Especially, due to the fact that she’s repeatedly said numerous times “on the account that I’m a woman and I’m allowed to change my mind.” Wendy continues with change, whether it’s radio status or talk show status she’ll remain blunt and ask you how you’re really doing?

5 Times Wendy Was Mentioned in Music

Touch My Body- Mariah Carey: There’s no secret that Wendy and Mariah has some kind of love and hate relationship. In 2008 Mariah dropped Wendy’s name in her number 1 song “Touch My Body” for the songs pre-chorus. “Cuz they be all up in my business like a Wendy interview, but this is private, between you and I.”

A Million and One Questions- JayZ: We all know over the years that Wendy and Jayz have not gotten along. On the intro of his sophomore album “In My Lifetime, Vol.1” Shawn Carter let Wendy’s name slip easily from his lips, “for the millionth time asking me questions like Wendy Williams, harassing me, then get upset when I catch feelings.”

Again- Faith Evans: On her leading single off her “The First Lady” album Faith address something’s that have been circulating in the media. Initially Wendy’s name was mentioned in the original songs lyrics, but Evans said in an interview that she removed Wendy’s name from the song because the two never had any real beef or problems. The line originally went “in A.T.L. I caught a case and Wendy Williams tried to say…” before she changed Wendy’s name to the word “media.”

Mr. Nice Guy- Will Smith: Now we now Wendy hasn’t had many nice things to say about Will Smith over the years. Whether his marriage, career, or sexual life, she’s given her opinion. A fed up Smith had a few choice words for her too. “Wendy Williams, you don’t know me, I’m not your punching bag, you gon’ blow me off, girl, better leave me alone. Before I buy your radio station and send you home.”

2Pac- Why U Turn On Me: We all know Pac aint give a damn about holding his tongue in his songs. He’ll diss you and dismiss you in a song in a blink. Wendy felt his wrath when she spoke about Pac allegedly being rape in jail while serving time. On the unreleased version he gave Wendy a piece of his mind, as far as saying he placed a hit on her life. “I put Jenny Craig on your fat ass, you fat troll. Anybody seen Wendy Williams fat ass? Why you always wearing spandex you fat bitch? I know your pussy stinks, you fat hoe. Im putting Jenny Craig on you bitch. Im about to put a twenty-thousand dollar hit, through Jenny Craig to come find yo ass.”

I can be your cup of tea or shot of Hennessy!
Related ItemsFeaturedFOXHot TopicsJason GabelRoland MartinThe Wendy Williams ShowWendy Williams
← Previous Story Dr. Huxtable & Dr. Hyde: Do We Still Hate Bill?
Next Story → The Rose that Grew from Concrete