Home / Editorial / Do Black Women Really Have It Hard?

Do Black Women Really Have It Hard? 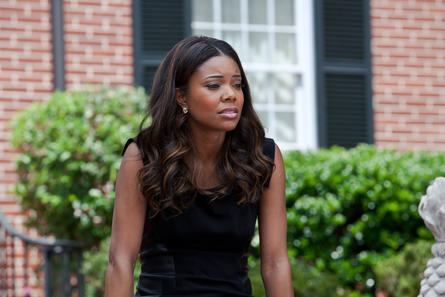 You hear it all the time.  The debate on what sex or race has it worst.  Between media’s portrayal and the agenda society pushes down our throats, it’s easy to remain in a constant war of the sexes and who actually has it worst.

I was watching one of my favorite shows Being Mary Jane season 4 episode 17 “Feeling Lost,” and there was a scene where Gabrielle Union’s character Mary Jane Paul went on a tangent regarding her current state and feelings as a 40 year old black woman.

“We live in a society that treats us like we’re the bottom of the barrel when it comes to romance.  Couple that with having to constantly prove ourselves as worthy enough, right?  Be confident, but not intimidating.  Be smart, but not emasculating.  Never enough, but too much, too damn much all at the same damn time.  Men are encouraged to objectify our bodies, but the second we search for sexual satisfaction, oh baby, we’re called whores…”

ALL VIEWS ARE MY OWN

Myself as a black man, I’ve been conditioned to believe that the black man has it bad.  From the conception of my being, the media, along with society and elders have conditioned me to believe that the black male specie has it worst than any other sex or race.  With America constantly oppressing us and making us believe our skin color is a handicap; add the notion and agenda of how the so-called man is preventing us from prospering.  Couple that with repeated history, the mass incarceration of black men, and you’d think the black man has the world on his shoulders all the damn time.  Recently I’ve been replaying history events in my head, along with my own experiences and a few others things, and I’ve come to the realization that black women just might have it harder than any other sex or race.

For instance: “Mary Jane Paul” spoke on the black woman’s lack of romance, which we’ll argue is due to slim pickings.  Subtract the men who are already married, gay, incarcerated, and the black woman isn’t left with too much to chose from.  Factor in the ones who just aren’t any good or worth the time, and that dating pool becomes even more shallow.  We’re aware of the fact that the black woman are more educated and earns more money than her superior, the black man.  However, they’re the last to marry, and often seen as just a sexual desire from other races; even though society often views black women as less attractive.  Please, riddle me this: how does the “less” desired become the aphrodisiac?  And despite common knowledge or what the media may portray, they’re being killed in the streets by cops just like the black man.  And who is it that begins the #BlackLivesMatter movement to raise awareness to the injustices?  It’s the black woman.

In today’s day and age the black woman STILL has to defend herself against stereotypical labels society has tack to her back. I.E. “bitter,” “angry,” and “bitch,” simply because her plight is misunderstood, and she refuses to tolerate less than deserving.  They make an issue with her independence and strength, rather than celebrate it.   Disregard her beauty, although her skin, hair, lips, and booty are most emulated.  She’s envied for her sexuality, but left to feel insecure and shameful about it if she chooses to express it.  Yet, she’s continuously misrepresented and mistreated by society and the very men whose honor she constantly defends.  That same honor in which she’ll go the distance to defend. The black man’s!  Black women don’t reciprocate the same level of love and support from their superior, the black man.  Yet, she remains in the trenches and awaits his every beckon call.  Black men too often disrespect and disregard the black woman.  Deeming her “hard to deal with” and “always having an attitude,” but refusing to take accountability for said “attitude.”  So not only is she being suffocated by America’s ideals, but the black man’s too.  Especially the ones who co-sign the false ideologies of outsiders.  The black woman continues to forgive the black man time and time again after he’s put her through his countless bullshit.  The lies, the cheating, the mistrust and disrespect are the actions for which she might be bitter, or have an attitude.  However, it’s the black man’s silence that continues to give legs and perpetuate the misrepresentation of the black woman.  How many black men are willing to admit that they’re just too damn weak to tolerate the black woman?  Strong woman have a way of intimidating boys.  A majority of black men want less and easy, and that’s okay.  Many of us chose to date others hoping to escape any form of, or things considered complicated or hardship.  Ultimately we’re settling for a life that’s less deserving for us, but more importantly ignoring how that might make the black woman feel.

Yeah…she may have it worst after all, but…she continues to display grace, pride, and resilience.  Remaining on our frontlines, helping us fight our fight, while STILL fighting for her voice to be heard.  That’s the black woman’s code.  We always make the assumption about the black man having it hard, but the black woman is always paying for a debt she never owed.  That debt has kept her single and independent.  The same debt has kept her last to marry!  It’s kept her flabbergasted at how her very essence of beauty is questioned, often seen as less, or made fun of, until the moment others adopt it, then it becomes a trend.  But…that same debt has kept her confident.  It’s kept her beautiful.  It has made her stronger.  It’s become her bag of tricks that formulated her Black Girl MAGIC!

As we continue to debate who has it worst out of the black male and female, we can agree that both share similar struggles.  The complexity in their struggles often clouds their many misunderstandings due to the frustration placed on each other’s shoulder.  Needless to say, she does have it harder than him, but how often is she vocal about it?  That’s not her code of ethics.  Her code is the black man’s extraordinary existence.   And how it wouldn’t be that thing it is without her.   Yes her plight might be more complicated, but she never not once showcases just how equally superior she is to her king.  She just turns on her magic and becomes his needed QUEEN!

The Huxtable & The Patterson’s: Reality vs. The Dream

I can be your cup of tea or shot of Hennessy!
Related ItemsBeing Mary JaneBETBlack WomenFeaturedGabrielle Union
← Previous Story Tips to Perfecting the Tucked In T-Shirt
Next Story → Fantasia Announces Christmas Album