She’s STILL Gotta Have It 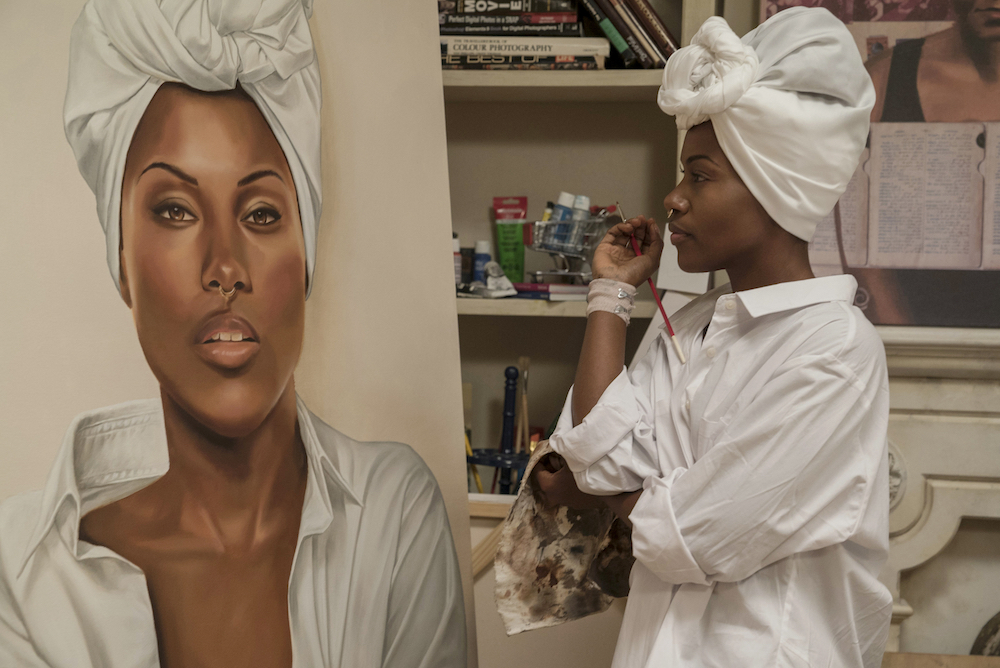 Filmmaker Spike Lee reboots his first joint into a ten episode Netflix series.  She’s Gotta Have It is based in modern-day Fort Greene Brooklyn, and chronicles the life of the sex-positive, polyamorous, pan-sexual Nola Darling, (DeWanda Wise) and the three men she’s dating all at once!  Three completely different men, from different walks of life serve and supply a greater meaning than sexual, but more importantly sheds light on the 80-20 rule.  And when it comes to rules.  Nola has more than few you must abide by in order to be a part of her world.

The series adds a sexual twist to the norm as the female lead breaks the double standard for women, and redefines every sexual label by juggling these men on her terms simultaneously.  She despises the word “freak” and views herself as a free sexual being, who’s also try sexual.  Ironically, Nola doesn’t believe in labels. 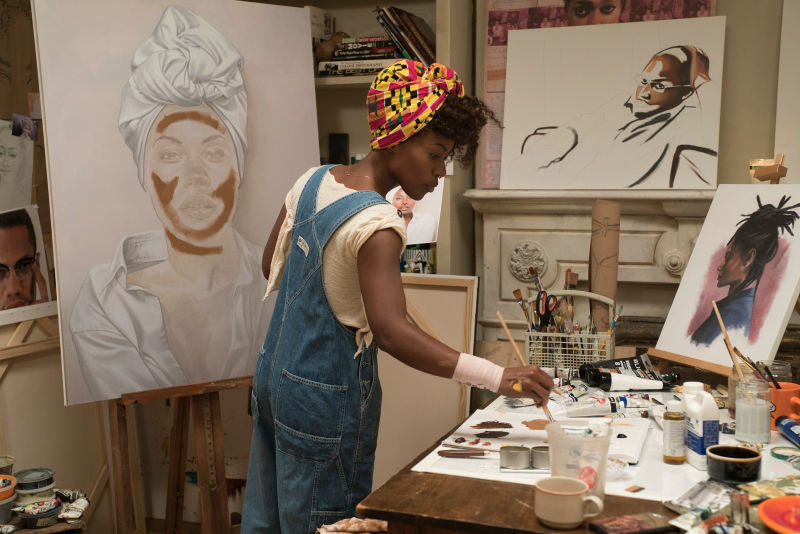 The reboot offers a slew of complex characters with fascinating backgrounds that adds color to their stories, and provides awesome content that effects today’s world.  Episode five: “#4MyNegusAndMyBishes” spoke to the ongoing and current plight of black youth; the disadvantage verses the advantage, cosmetic pressure and botched surgery.  In just about almost every episode the show addresses the “new” Brooklyn that exists due to gentrification, and it also reflected on the emotions the nation felt that somber and awful day of November when Trump was elected president.

The timely story of She’s Gotta Have It is more than a seriously sexy comedy.  It tells the story of a starving female artist who’s struggling.  Not only financially, but struggling as a woman trying to find her way.  Nola Darling is a beautiful disaster who loves sex, just as much as she loves smoking weed.  Nola’s art entrepreneurial-ship sometimes causes her emotions to spiral out of control, but it allows the viewer to see her as a vulnerable work in progress who uses sex as an escape, not as her armor.  The beauty of SGHI is Nola feeling so familiar.   She’s empowerment for women, starring the radical revolutionary Nola Darling; who happens to share the same birthday as Malcolm X (May 19th.)   And just as much as the series is about Nola, it’s about her extraordinary art too.  Along with exploring the lives of her three lovers, Jamie, Greer, and Mars.  Mars Blackmon (Anthony Ramos) is the dyslexic cartoonish comic relief who lives in the projects with his sister, and likes to have sex with his Jordan’s on.  Can television get anymore blacker than that?  Then there’s Greer Childs (Cleo Anthony); the narcissistic bi-racial model who grew up in France.  He’s a tab bit fragile.  The fool folds his clothes after removing them to have sex.  Talk about anal.  Finally, there’s Nola more mature debonair gentleman friend Jamie Overstreet (Lyriq Bent.)  Jamie is interesting as much as he’s poetic.  Probably the most established of the fellas too.  He escaped Brownsville and was brought up bougie.  Oh yeah, he’s married and wants monogamy from Nola, but has other women.  *confused emoji face.  The most entertaining and interesting thing about the three gentlemen is they all have different ideas of who Nola is and what it is she wants.

In addition, I’d be remiss if I didn’t mention the show’s music.  Lee is known for his phenomenal scoring selection in his films over the years.  And he was sure to pack as much music as possible into every scene.  The show will have you shazamming and curating playlist as you watch.  In today’s digital world Spike made it easy for us too.  At the ending of every scene the music’s artwork flashes before proceeding into the next scene.  Informing you of what you just heard.  Stevie Wonder, Maxwell, Sounds of Blackness, Meshell Negeocello, and more.  Ironically, the film’s original theme song, which was written by Lee’s musician father, bounces in and out here and there.  But the genius of it all is how the theme song re-emerged as Nola’s ringtone. 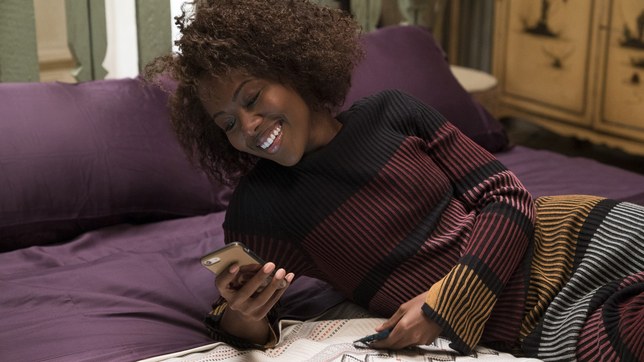 She’s Gotta Have It is a revisit to your 20’s with the mind of a 30 plus year-old.   It’s an ode to the original sneaker head.  It’s Brooklyn all day.  It speaks on the African diaspora.  It’s Nola at her best and it’s Nola at her worse.  The series remains parallel to its original.  Containing Spike elements like jazz music and his film tricks that provide artistic visual.  It’s rich in culture, music, literature and history; and the direct camera dialogue explores the inner soul of the show.  Not only does She’s Gotta… allow you to look through the lenses of the young black female, but it allows you to view the overall issues the black demographic faces as a whole.  There’s moments where you’ll laugh, cringe, and say to yourself “Oh Darling,” as Nola continues to run away from the monogamy and the title “girlfriend.”  Although it often appears as if she’s looking for, or running from something that’s not there.  You’ll see that Nola is more satisfied with life than we’re aware of.  So, the burning question: what is it that Nola really has to have?  Whatever she wants!