Home / Editorial / The Many Times Kanye West Called Himself M.J.

The Many Times Kanye West Called Himself M.J. 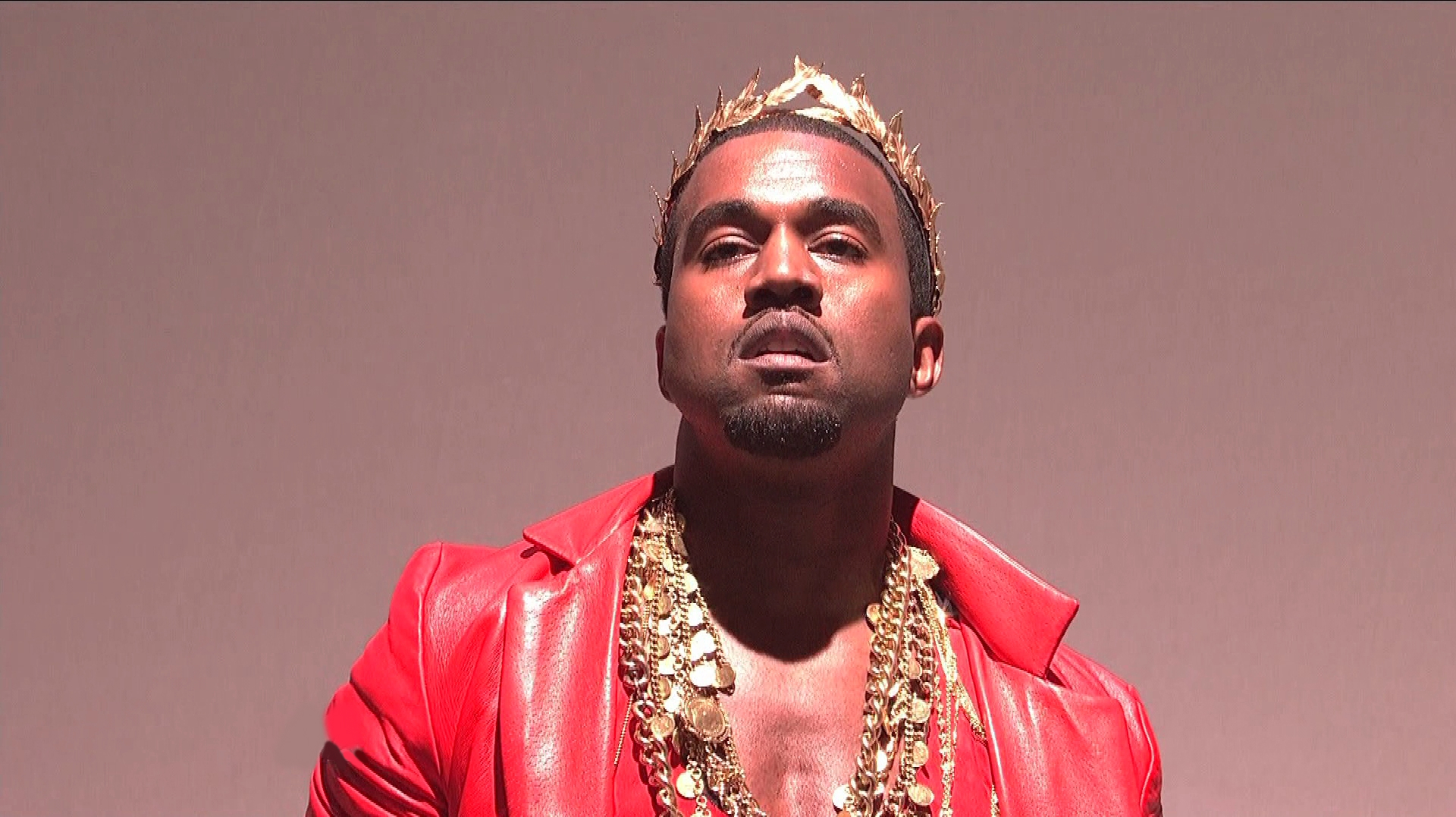 I wanna be, I wanna be like MIKE…”I perform like Mike, anyone Tyson, Jordan, Jackson, Action,” said The Notorious BIG in the song “Victory.”  Far as my knowledge, BIG was the first rapper that referred to himself as the greats, known as Mike.  Since then, that line has been recycled and a slew of other rappers have taken it upon themselves to call or refer to themselves as Mike…anyone of them; Action, Tyson, Jordan or Jackson.

Kanye West has been no stranger to referencing himself to the great Mike’s over the years in his song catalog or his guest appearances.  A few years ago, following the Taylor Swift incident West made a statement saying, “If Michael Jordan can scream at the refs, me as Kanye West, as the Michael Jordan of music, can go on and say, ‘This is wrong’.”  West has also referenced himself as the Michael Jackson of rap too.  He implied the breakdown portion on “The New Workout Plan” sounds like a Jackson record. “It’s like that old Michael Jackson s*it.”  He’s even sampled Jackson’s “P.Y.T.” for his hit song “Good Life.”  Ironically, you’d think on that song he’d pull out all the Jackson remarks possible, but that’s one song where Kanye doesn’t refer to himself as M.J. nor make any other reference to the King of Pop.  Just recent in 2016 Kanye surpassed Michael Jackson’s title for having the most Top 40 hits.  I guess it’s safe to say he finally reached MJ status?

Hypnotizing us with the amount of M.J. mentions over the years will cause one to sit and ask themselves “has Kanye reached the equivalent of Jordan and Jackson status?”  However you may look at it, his musical talent continues to rise, while mentioning M.J. along the way.  Whether he’s poking fun at them, or proclaiming he is the MJ of his field. One thing remains is his goal to be like MIKE!

Here are the many times Kanye West has made some kind of Michael reference. (Apologize in advance for any I forgot.) 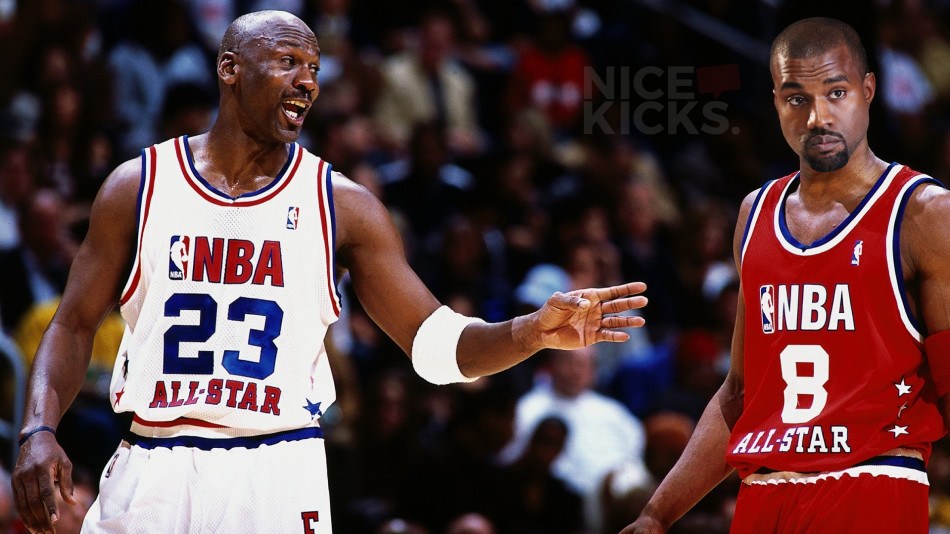 Power remix [2010] “Michael Jordan, the only one more important, But I be feeling like Jordan when I’m recording, cause every time I record I dunk and slap the board.”

You’re My Type [2010] “Kanye more important than Michael Jordan, got this rap game locked you can call the warden.”

U Ain’t Never Gotta Ask [2010] “Kanye just as important as Michael Jordan was to the NBA when he was scoring, when Lauren was boring before I wore him.” 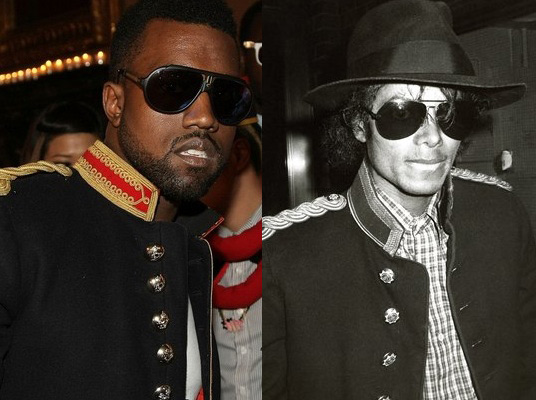 Gold Digger [2005] “she went to the doctor, got lipo with money. She walking around looking like Michael with your money.”

All Your Faults [2015] “People sayin’ I’m the closest thing to Mike since Janet.”

Through the Wire [2004] “there’s been an accident like GIECO; they thought I was burnt up like Pepsi did Michael.”

Hey Mama [2005] “and you would give me anything in this world, Michael Jackson leather and a glove, but didn’t give me a curl.” 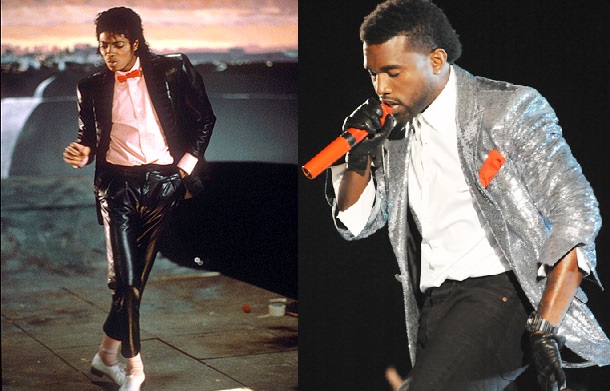 The Bazaar Love & Hate for KimYe

I can be your cup of tea or shot of Hennessy!
Related ItemsFeaturedKanye WestKim KardashianMichael JacksonMichael Jordan
← Previous Story Top 50 R&B Albums of the 90’s
Next Story → Prodigy of Mobb Deep Dead at 42