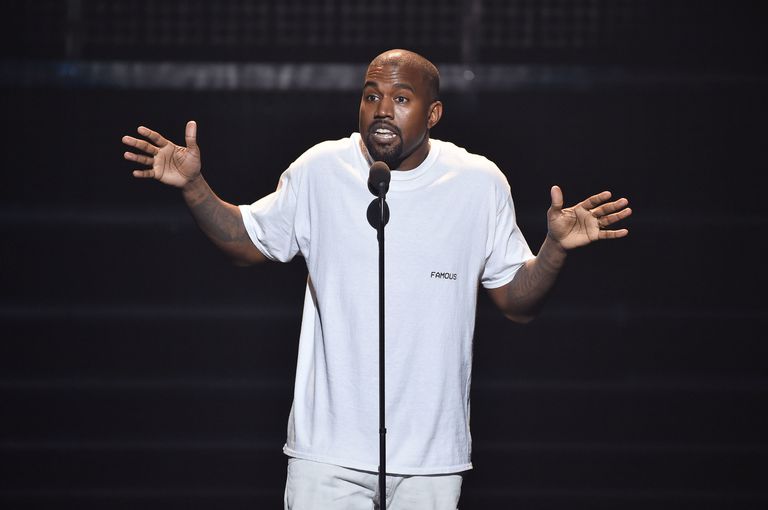 As Kanye West once said: “If you’re a fan of Kanye West, then you’re a fan of your mother*&king self.”  Yes, I’m well aware that he has gone against the black agenda by aligning himself with Trump, and referring to Trump as “brotha.”  But honestly, I don’t care about him professing his love for that man.  Kanye has always been championing for individuality.  So, despite everything…I’m will remain a Kanye West fan!

I’ve come to the understanding that Kanye is no longer the man I once knew and grew to love.  Oh, how elated was I when I first met Kanye.  Here was this rapper who talked like me, thought like me, and most importantly, he dressed like me.  He wasn’t like other rappers who spewed of ghetto life and complicated upbringings.  He was the voice and spokesperson for a group who were from the opposite side of the ghetto sector.  Plus, he was woke AF!  But now all of that has changed.

What took place on TMZ was the nail in the coffin for many.  Although I think many were looking for an excuse to write Kanye off permanently.  Mr. West’s statement of slavery being a choice was him merely issuing out erasers and ink pens for the haters to do so.  Kanye sat there omnipresent, frazzled, flustered, and off his meds trying his hardest to verbally express himself outside of his comfort zone (music.)  And was left there to hang by the media masses because his statement that slavery was a choice was taken out of context.  I wholeheartedly agree with everything Van Lathan had to say regarding Kanye’s remarks.

“While you are making music, and being an artist and living the life that you’ve earned by being a genius, the rest of us in society have to deal with these threats to our lives.  We have to deal with the marginalization that has come from the 400 years of slavery that you said for our people was a ‘choice.’ Frankly, I’m disappointed. I’m appalled. And, brother, I’m unbelievably hurt by the fact that you have morphed into something, to me, that’s not real.”

But for the life of me I can’t see why the masses aren’t able to see that he made an idiotic choice of using slavery as his choice metaphor to make his point?  He wasn’t minimizing slavery.  He was using the term as it pertains to thought.  Did anyone hear the words he said prior and after? “The idea is to beat sense into me.”  He was talking about how our thought process can be of a slave mentality.  His initial point may have not been made, but another one was.  Whenever you go against the overall popular thought, you’ll be deemed crazy, unworthy, and needing some sense beaten into you.  Going with the flow is an easy choice, and going against it is the choice to end enslavement.  So, when Kanye said “when you think about slavery for 400 years.  400 years; that sounds like a choice.” He was referring to being a slave to the ideas of others.  One’s mentality.  How we allow the majority to rule our thoughts.  In his unique way he was asking us: how many more years will we allow our minds to be slaves to the opinions of others? 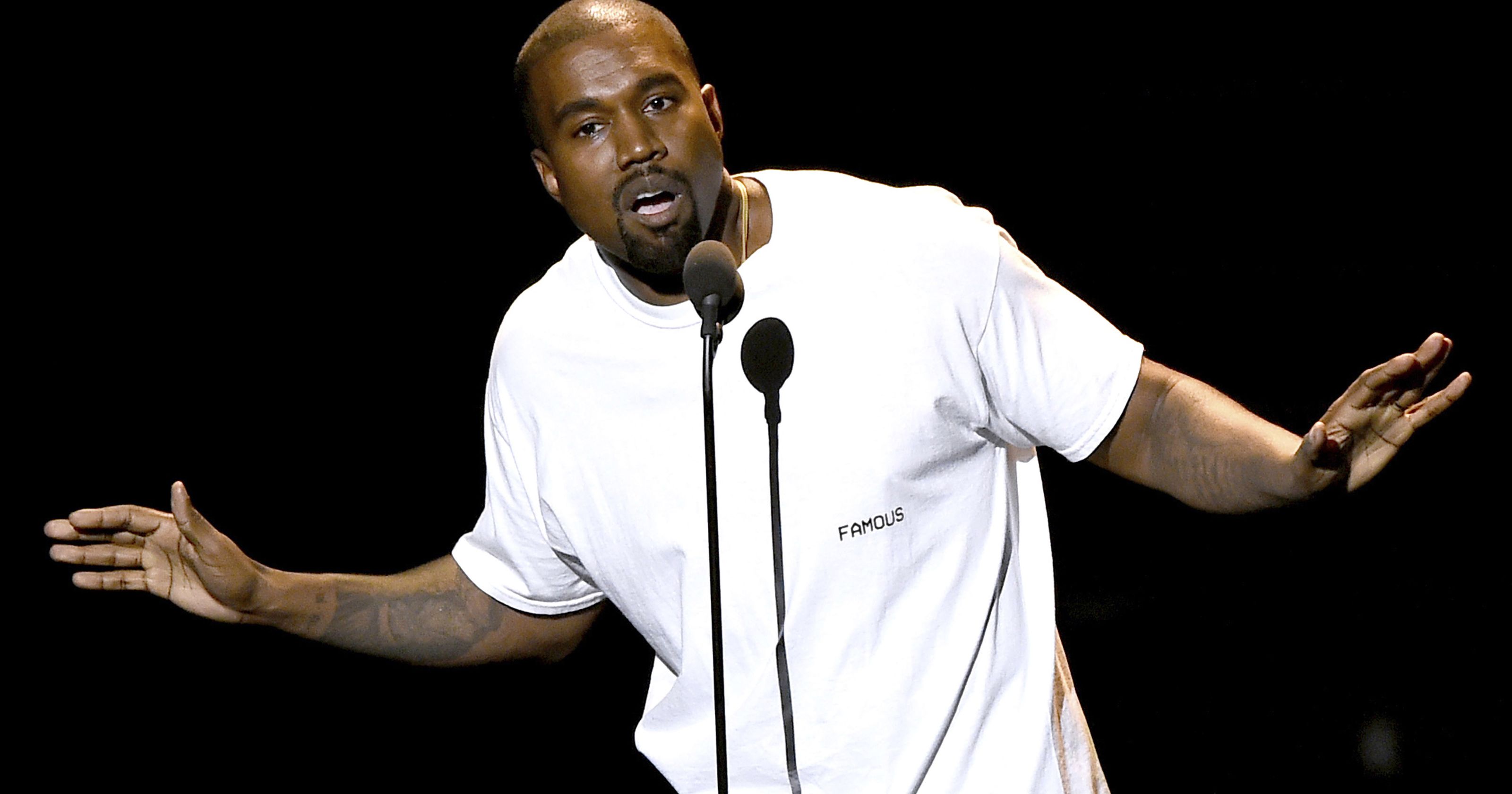 I remember when I took to Facebook to express my non-interest in seeing the film Black Panther, and was attacked with comments asking what was wrong with me?  Folks told me I was alone on this one, but I stood my ground and didn’t budge.  I had no interest and that was that.  What I did learn from some comments was that others shared the similar feelings to why I had lack of interest in the film.  But they were going to see it anyway.  The power of influence was the reason why.  They didn’t want to feel left out.  Oftentimes we fall into line too quickly and sign up for something because it’s the wave.  We allow the influence of others to persuade our thoughts on something we have no interest in.  Influencers shrink our ideals, our thoughts, and our opinions.

For some years now the narrative has been “I miss the old Kanye.”  Man…let’s just say I despise hearing that line.  For the life of me I can’t understand why anyone would prefer for any individual to remain the same and never evolve?  If he’d remained the old Kanye I’m confident in saying that you’d be tired of the old Kanye in 2018.  But I get the jest of it.  The old Kanye would have never tweeted the things he’s has.  But at my age I know one’s thoughts and views are subject to change based upon their life’s trajectory.  He’s not that same kid from Chicago.  He’s wealthy and living in Calabasas.  As life alters our views on every day and controversial topics are subject to change.  Isn’t it supposed to change?  I know life to be about growth.

The “his life would be much different if he weren’t with Kim” narrative.  I know history has proven that many men have experienced traumatic downfalls from dating one of the Kardashians.  But no one is able bring anything out of you that isn’t already lying dormant inside of you.  Do I think his consort is the cause for his “frantic” behavior lately? NO!  And if you do, then how?  I believe he’s a much better person with Kim.  Studies show that men often perform well in life and career with a woman by their side.  His clothing line, sneakers, and music are all doing exceptionally well.  He’s a husband and father, and he has a family as well as someone to call mom again (as he said in his GQ interview. Aug. 2014.)

Morgan Jerkins said: my idea of a black narrative is one that subverts, flips, and undermines rule until that final product cannot be duplicated by anyone other than one with black hands. Kanye is re-writing his narrative as we speak.  Him “supporting”or aligning himself with Trump is a ploy.  I see Kanye’s actions as flipping his narrative and Trumps simultaneously.  Kanye has always been about breaking systematic barriers.  He’s always been a rule breaker and a risk taker.  When everyone else goes left, Kanye goes right.  That’s the Kanye way!

Moreover, when did it become a thing to look at our entertainers for political guidance?  Their job is to entertain us, but we’ve blurred those line.  If Bill Cosby hasn’t taught us anything, it’s for us to learn how to distinguish the art from the artist.  There’s a slew of entertainers who don’t share our same beliefs on religion, sex, race, and equality.  But it’s our personal choice whether or not we want to support their art.  Putting too much faith in man will result in a letdown.  Has Kanye let me down.  I wish I could say yes, but I’d be lying.  That man never seems to amaze me.  But as a fan I don’t I hold onto every word he says either.  Our faves, the one we Stan for will eventually let us down.  Whether it’s through their art, or whom they become as a person.  Heroes fall from fans personal grace every day.  Now I fully understand that any public figure with a platform automatically acquires a level of responsibility.  But some just want to entertain, and I’m here to be entertained!  What he does in his life does not affect me personally.  Was I caught by surprise?  Yes! But at my age I can’t even be upset.  How many friends do/did we have that we no longer recognize? Friends we know personally.  So, why am I to care about what this man does outside of what it is he does for me?  Isn’t that how many of you treat people in the world today?  Get what it is we want from people and dispose of them?

Kanye is a genius! Kanye is crazy! But I’ve known Ye to always rock the boat.  He’s been championing for freedom of expression and thought.  He’s personally taught me how to place value in myself and not at the opinions of others.  He gave me a sense of permission to always be myself under any and every circumstance.  Everything Kanye is not, makes Kanye everything that he is.  Therefore, I will always remain a fan of Kanye Omari West.

Understanding A Brand New Ye, Through His GQ Interview

The Many Times Kanye West Called Himself M.J.

I can be your cup of tea or shot of Hennessy!
Related ItemsFeaturedKanye WestKim KardashianTMZTrumpVan Lathan
← Previous Story #AskB: My Boyfriend Wants to Buy a House; But We’re Not Married
Next Story → Top 30 Hip-Hop & R&B Collaborations