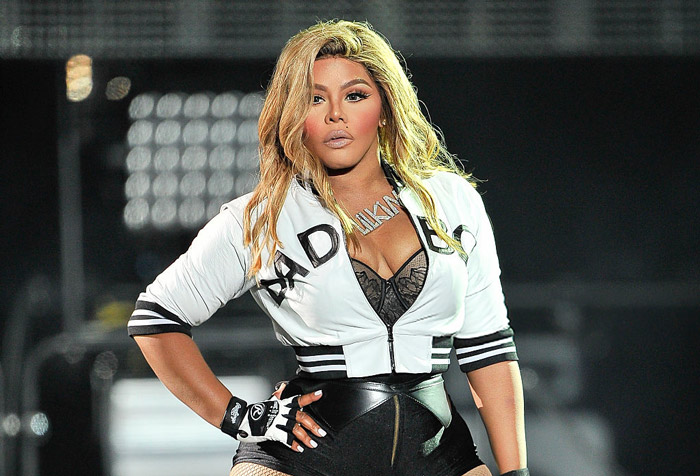 As we STILL sit and wait for the arrival of Nicki Minaj’s response to Remy Ma “shETHER,” Lil Kim is setting the record.

Lil Kim and Remy Ma both performed at a concert over the weekend. During Kim’s set, she mentioned joining forces with Remy. While that ignited rumors that the pair [Remy and Kim] are teaming up for a collaboration diss track, that couldn’t be far more from the truth.

“First of all, after hearing ‘ShETHER,’ that s**t is so hard, Remy don’t need no damn help! Why would I need to come together for that? I mean, I’m into the music and I’m speaking musically wise — the song is just hard, period,“said Kim.  She then proceeded to say, “They have a rumor out there like, ‘Kim is gonna do a diss track with Remy,'” said Kim in an exclusive interview with Billboard. Kim continued with, “We all know the situation that’s going on with Remy and ol’ girl. That’s their situation and I have nothing to do with that. Just like [Drake’s] ‘Back to Back’ was hard — just good hip-hop music. But I got nothing to do with that. When I had my situation and my situation came up, I handled my business. If anybody comes to me, if ol’ girl came to me, I’ma give them the business. That’s just the bottom line of it. So if it ain’t coming my way, I ain’t got nothing to do with it. Me and Remy is cool. I hate when the media do that. That’s the thing.”

Kim did indeed say she wanted to unite with Remy and other females father to remake her 1997 hit song “Not Tonight (Ladies Night),” which turns 20 this June.

For more on Kim’s upcoming studio album, and the in-depth interview with Billboard click here.

I can be your cup of tea or shot of Hennessy!
Related ItemsBillboardLadies NightLil KimNicki MinajRemy MashEther
← Previous Story Tyrese Reveals He Secretly Got Married on Valentine’s Day
Next Story → VIDEO: Bruno Mars – ‘That’s What I Like’