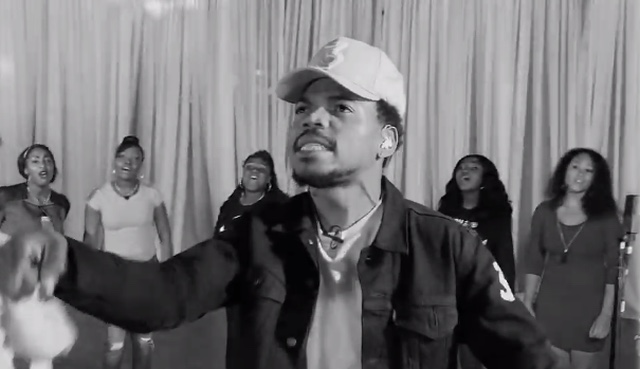 Chance the Rapper keeps the balling bouncing in his court.  The Chicago rapper releases his new video “How Great” off his acclaimed Coloring Book mixtape, which features Jay Electronica and his cousin Nicole.

Warning us to lock our phones at the start of the video and turn it sideways, for the visual aspect.

“Hey to all fans and publications, If you have any questions about the #HowGreat Video, Im on twitter checking the tag #HowGreat Ask Away”- he tweeted

Chance, Jay and Nicole takes us to church in the black and white video that’s very mobile friendly, being it was shot on a iPhone. Chance admitted to being nervous about the video by tweeting I’m stalling on the video cause it’s so different from my other videos. idk if this is one of those videos everyone will love instantly lolThis is the first video I’ve done in awhile that didn’t have @AustinVesely behind the camera #coloringbook

Take a look at his artistic video below…