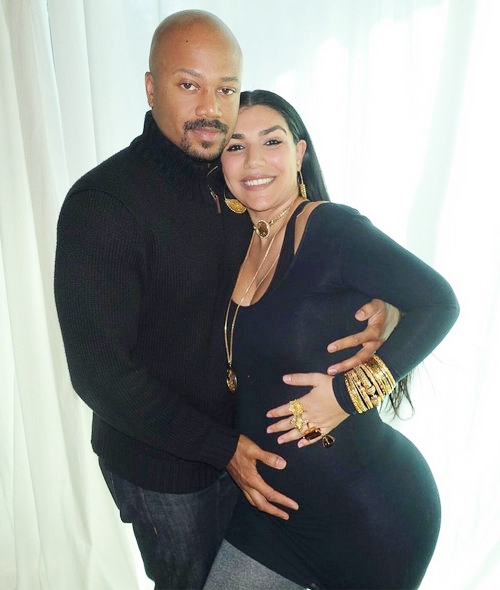 The Shahs are getting a new cast mate!

Asa Soltan Rahmati (40) and her boyfriend Jermaine Jackson Jr. (39) announced that they are expecting their first child.  Although its been no secret that Asa is dating a Jackson, Jermaine has not been present on the show over the past seasons.  Asa stated on the reunion show that she wants to keep her relationship private and on off television. She added that Jermaine wishes to not take part in the reality show. We wonder how this all will play out for the upcoming season of Shahs of Sunset.

Announcing her pregnancy via PEOPLE magazine, “I feel amazing,” Asa told People. “Being pregnant has been such a beautiful experience. We are so excited and Jermaine will be the absolute best father.”

The Bravo star later broke the news on instagram revealing she’s already six months pregnant. “My beautiful lovers, I am so excited to finally share with you that my beloved soulmate Jermaine and I are expecting our first baby. We are six months pregnant. ? ? ? This has been the happiest news of our lives and we are beyond excited and grateful.”

My beautiful lovers, I'm so excited to finally share with you that my Beloved soulmate Jermaine and I are expecting our first baby. We are 6 months pregnant. :)))))))). This has been the happiest news of our lives and we are beyond excited and grateful. Some of you know about our relationship and others do not as we are deeply private with our relationship. I wanted to share with you all this beautiful news. Can you lovers guess boy or girl ?! We will find out soon. ❤️??❤️ #Love #Nugget #asasoltan #shahs #priestess

Jermaine and Asa have been dating for six years. “Asa is an incredible person; she will be a wonderful mother,” said Jackson.  Far as the sex and baby names for their expecting child. “We decided to wait a little longer to find out the gender,” added Asa. “We have a few names in mind, but we’re waiting to meet the baby to actually name him or her.”

Congrats to Asa and Jermaine!

I can be your cup of tea or shot of Hennessy!
Related ItemsAsa SoltanBravoJermaine JacksonPEOPLEShahs of Sunset
← Previous Story New Music: Big Sean- ‘No More Interviews’ + ‘Bounce Back’
Next Story → Ray Allen Announces His Retirement at 41